The Big Bang of Youth Specialties 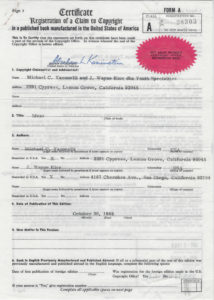 It was the summer of 1968 when Mike Yaconelli and I resigned from our jobs with San Diego Youth For Christ and became youth directors at two local churches. I won’t go into the reasons we left YFC, but we both needed a little more normalcy in our lives at that time. Earlier in the year, Mike and I traveled to Wheaton, Illinois, home of YFC’s international headquarters, to help write a manual for their new high-school club ministry called Campus Life, which had been developed in San Diego. The new manual (called “Impact”) was published in August of 1968, in time for the upcoming school year. It contained hundreds of great ideas for Campus Life clubs–games, skits, crowd breakers, publicity ideas, special events, discussion starters, you name it. It was a gold mine of youth ministry ideas that made it possible for any YFC leader anywhere in the country to duplicate the Campus Life club model with success.

After the manual came out, Mike and I soon came to realize that such a manual or “idea book” would be very useful for church youth workers (which we now were). But church youth workers did not have access to the YFC manual or anything else like it. So … we began digging through our files once again and wrote a new book simply called Ideas. Like the YFC Impact manual, it contained crowd breakers, games, skits–the kind of stuff that we used to attract kids and make our meetings a lot more fun. We typed it up on Mike’s IBM Selectric Typewriter and had the 50 or so pages duplicated at a local “quick print” shop down the street. I silk-screened “Ideas” on a stack of yellow binders that I had purchased at the San Diego State bookstore and our two youth groups did the collating and assembly of the books. 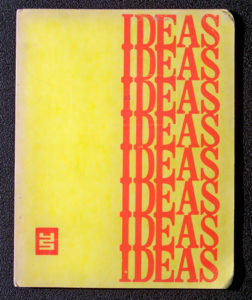 Before we got the books printed, Mike and I named our new enterprise Youth Specialties. Took about five minutes to come up with that name. There was a business located near us called Corvette Specialties (specializing in parts for souped-up Chevy Corvettes) and even though neither of us owned Corvettes (yet), we thought it was a pretty cool place and a pretty cool name. So Youth Specialties it was. I designed a little YS logo to put on the cover and voila! we were in business.

We put “Youth Specialties” on the title page as the publisher and copyrighted the book (dated October 30, 1968, see above) and started selling them out the trunks of our cars to youth workers we knew around southern California. We took some to a youth ministry retreat at Forest Home and we also had a booth at the GLASS (Greater Los Angeles Sunday School) Convention. We ran an ad in Christianity Today magazine. Lo and behold, we sold all our supply of books and had to print more. Things took off from there. More editions of the Ideas books were written, the first National Youth Workers Convention was organized, and Youth Specialties grew like crazy through the seventies, eighties and beyond. And it’s still having an impact today–under new leadership from Doug Fields and Reggie Joiner. From what I hear, the 2018 National Youth Workers Convention coming up this year is going to be one of the biggest ever.

When we started, we had no idea that our little idea book business would amount to anything but I’m grateful that God was able to use Youth Specialties to accomplish some incredible things in youth ministry over the past half century and helped launch the ministries of many others. I’m sure that if there had been no Youth Specialties, God would have used someone else (and he certainly has done that) but I’m honored and blessed that I got to play a small role in the ongoing history of youth ministry. It’s just hard to believe that it all started a half century ago!

10 Responses to The Big Bang of Youth Specialties