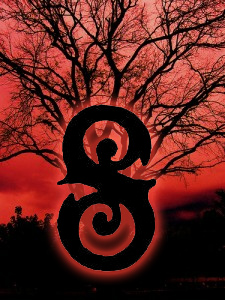 Pastor Carlton Harris (College Avenue Baptist Church) just completed a powerful series of sermons on the Seven Deadly Sins. One of my takeaways from the series was that the Seven Deadly Sins are particularly troublesome for Christians, for those who are inside, not outside the flock. In other words, they are the sins of the church. Truth is, they originated not from the Bible but from the church fathers, most of whom lived in monasteries with other monks. While monks weren’t likely to kill, steal, tell lies or commit adultery, they apparently struggled quite a bit with anger, greed, sloth, pride, lust, envy, and gluttony. And I have been reminded by Pastor Carlton that I do too.

What strikes me as unique about these sins is that they are all more or less acceptable. They seem rather benign on the surface. Take anger. Who doesn’t relate to that line in Broadcast News “I’m mad as hell and not going to take it anymore!” We don’t really consider anger a sin. We think of it more as a natural and sometimes necessary response to disruptive events in our lives which deserve to be called out. Anger doesn’t need forgiveness, it needs management.

But why stop at seven? Seems to me there are other sins which produce just as many sinister consequences as the classic list of seven. Some have suggested these:

Personally, I’d like to nominate Busyness as the Eighth Deadly Sin. It’s one that I deal with every day and I hate to say it, but I’m somewhat addicted to busyness. I don’t like being NOT busy. I really don’t know what I would do with myself if I weren’t busy. I like doing things, creating things, solving things, running things, um, writing things. I sometimes brag to people that I am not retired. “But you’re getting up there in years, aren’t you?” they think to themselves. “Well, it’s not biblical to retire,” I assure them as if I’m not being sinful but obedient.

Busyness is a sin, no question. Certainly the consequences of busyness are pretty much the same as the other seven. When you’re too busy you experience anxiety, shame, aloneness, guilt, broken relationships including one’s relationship with God. Maybe Busyness didn’t make the original list of seven because monks by definition lived a disciplined, unhurried life. They didn’t deal with the demands of modern life that we have to contend with in today’s fast-paced world. Well, the probably did, in their own medieval kind of way. But apparently they didn’t see any real harm in it.

My old pal Jim Burns is fond of saying “If the Devil can’t make you bad, he’ll make you busy.” That sure sounds like a sin to me. Busyness is a sin for which we need forgiveness, healing and the power of Christ to overcome. I myself have been way too busy these last two years while serving on a church staff. The problem for me is that most people don’t see my busyness as a sin at all. They simply cheer me on and admire all that I’m doing for the Kingdom. This is not their fault or the church’s fault. I was already busy when I accepted the call to CABC. I had plenty to do even without the ministry that God called me to do at the church. Fortunately our senior pastor is one who knows the danger of busyness and has urged me to be very careful with my schedule, to set limits and priorities on my time, to erect fences around my soul so that the Devil won’t gain a foothold. I have found it hard to follow his advice (it is so counterintuitive to me) but I am taking steps … slowly but surely … to un-busy myself. I want more than anything to be fruitful for God and to please him in all that I say and do but I can’t do that if I’m just too busy.