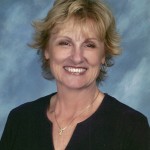 Today I am celebrating ten years since my wife Marci’s brain surgery. It was in 2001 that she was diagnosed with a meningioma tumor in her brain which thankfully was operable. You can read the whole story about her surgery and recovery here which I posted on the web ten years ago this week.

After sending an e-mail to everyone I could think of, I headed for the hospital around 9:00. They wouldn’t let me in the CCU when I got there, so I had to wait a while until they allowed visitors in at 11:00. When I saw Marci, she still had all those tubes in her, including the respirator going down her throat, so she couldn’t talk, but when she heard my voice, her eyes opened and I saw a little smile under all those tubes. My heart leapt. When I held her hand, she squeezed mine hard. The nurse told me not to get her too excited because they were testing to make sure she could breathe on her own. They wanted to take the respirator out soon. So I just stood and watched for a while, feeling really good that she recognized me and was trying to communicate. I left the room while they finished up their testing on her.

When I came back in about an hour later, the respirator was out of her throat and she opened her eyes when I spoke again and tried to talk. It was real raspy but I heard her “Hi babe” which is what we usually call each other. I started crying again (I’ve been crying all week) but this time they were tears of joy. I said something that must have been funny because she laughed and then started coughing. Praise God for that laugh! That’s what I’ve been praying for … I just couldn’t bear not hearing her laugh again. Marci’s sister Dixie came in and cracked a joke or two and Marci laughed some more. The intensive care nurse asked in amazement, “Is she always like this?” I answered “Yes!”

I stayed with her for a good part of the afternoon, just looking at her while she slept, thinking to myself that even though her eyes are almost swollen shut, her face is all puffy, her hair is gone, she’s wrapped in bandages and has tubes galore coming out of her … she looks so beautiful to me. I don’t want to get too sentimental here, but I think I’m falling in love with my wife all over again. I’m just so happy that she’s doing well and that I’ll get her back.

Corey also got a chance to see her in the CCU, but Amber was not feeling well and running a slight fever, so she couldn’t go in. Amber went on home today. I have really appreciated having her here during this time.

I went home later in the afternoon, and we (Dixie, Corey and me) went out and got a little Chinese food. After being home a while, I wanted to go back down to the hospital and see Marci again. While I was there, Dr. Hardy came by to check up on her and he said she’s doing good. He checked her vision by holding up fingers and making her count. She got all the answers right, so he was pleased with that. He told her that her eyes would probably continue to swell until she couldn’t open them at all, and they would turn black. He said, “Remember what I told you … in another couple of days, you’ll look like you’ve been in a prize fight.” She laughed again. I told him that he was my new hero. What an amazing thing to be able to do … to go in and take a tumor out of somebody’s head, sew it back up, and have the person laughing the next day. Incredible.

I am so thankful to God for the gift that he gave to me and our family of these ten years with my wife. She is still laughing and brings joy to everyone who knows her.

Ten years ago, just a day or two before Marci’s surgery, our granddaughter Maddie was born at a hospital in Orange County. We took Marci to the hospital to see Maddie the day before her surgery because we knew that it might be her only chance to see her, given the serious nature of the surgery. Our neurosurgeon had warned us that blindness, brain disabilities of various kinds, even death were possible outcomes.

Well, today as I type this, Marci and Maddie are seeing a matinee performance of “The Nutcracker” together–just the two of them. I know they are having a ball and I am so grateful

This entry was posted in Family, Our Children, Our Grandchildren, Personal and tagged Brain Surgery, grandchildren, Maddie, Marci, Meningioma. Bookmark the permalink.