On the Renovation (or Not!) of Old Hymns

A few years ago College Avenue Baptist Church did the unthinkable by pulling the plug on its two Sunday morning worship services. These services, one held in the gymnasium, the other held in the sanctuary, divided the congregation according to their preferred worship styles. One service was casual and hip, featuring music by contemporary artists heard on Christian radio. The other service was formal and not-so-hip, featuring worship music by hymn writers who are now dead. As you can guess, the hip service attracted young people; the formal service attracted all the old folks.

But those days are long gone at CABC. Today, everyone attends the same worship service. Old folks and young folks (yes, even children!) worship together in the same place at the same time. The emphasis has been on congregational unity and intergenerational discipleship.

But this has not been an easy transition for the church or its worship leaders.

I was reminded of this last Sunday when our worship music team (bless their hearts), after a couple of contemporary songs, led the congregation in the beloved old hymn “When I Survey the Wondrous Cross.” The hymn, written by the English theologian Isaac Watts (1674-1758) is one the treasures of the church, a familiar old hymn with an elegant musical score.

But not so fast. Apparently there is an alternate version of this hymn which is set to the Celtic love song “O Waly Waly” (or, “The Water is Wide”). It is this version that our worship leaders have chosen for our congregation this week. 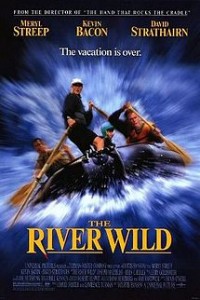 During the first verse, I look around the sanctuary and see puzzled looks on the faces of older worshippers who aren’t sure they know how this hymn is supposed to go. The words are familiar but the music, the melody … I’ve heard it before. Wasn’t it the soundtrack to the movie “The River Wild” a few years back? There’s confusion in the air and it’s obvious that very few people are actually singing.

The hymn ends and now it’s time for the offering. The ushers – or hospitality team — come forward and our worship leaders begin singing another hymn while the plates are being passed. This time it’s “Be Still My Soul” by Katharina Amalia Dorothea von Schlegel (1649-?). Given that our pastor is teaching this week on the subject of busyness, it’s a good choice right before the sermon. The young woman who is singing lead on this hymn has a lovely voice, but wait … she has changed the melody. I don’t remember it this way. And a new chorus has been added … with a heavy drumbeat. Now I’m wondering what this song is all about. The beat of the drums and the sentiment of the hymn seem to be at odds with each other.

Look, I try not to be a chronic complainer or curmudgeon. My wife and I attend worship every Sunday with the hope that everyone in the congregation (young and old alike) will be able to worship together in unity. I’m all in when it comes to intergenerational worship. But having sat through many good (and not so good) attempts to pull it off, I’ve learned a few things.

First, despite its messiness, intergenerational worship is worth the effort. I love seeing children (even the little ones who have no clue what’s going on) in the worship service sitting with their parents, taking in all that’s going on. That’s how we pass faith on down from one generation to the next. Kids need to see their parents worshipping God. It makes an indelible imprint on them. Likewise, it’s good for older people to get out of their comfort zones and to experience worship in new ways. It’s good for them to be around young people who love and worship the same God they do but have different ways of expressing themselves in a worship service.

Music is of course the elephant in the room that stirs up the most grumbling and disunity. It doesn’t have to be that way.

I don’t believe old folks (like me) really want to stay stuck in the last century nor do they want their churches to die of attrition (which they will do it they don’t connect with young people). This may be a bold thing to say but old people can handle today’s new music. Well, maybe not all of it, but certainly they can handle more than most people think. They just need to be exposed to it in a positive and inclusive way. Sure, there will always be resisters but most seniors don’t have a problem with new music at all. They hear it all the time. What they do have a problem with is music (in a worship setting) that is impossible to sing. Honestly, way too many of today’s worship songs were never meant to be sung by congregations on Sunday morning. They were meant to be sung by recording artists in recording studios and concerts. A radio hit may have a catchy hook in the chorus but that doesn’t make it appropriate for congregational singing. Too many worship services resemble karaoke bars.

But back to intergenerational worship. Is it possible for all age groups to worship together even when they don’t all agree on the style of music? Yes, absolutely they can. It’s possible for a worship service to include new music along with a few golden oldies. Why not? The musicians—at our church anyway—are very capable of playing any kind of music they want. I’m a bluegrass musician and even I can handle a set list with back to back songs by Mercy Me and Fanny Crosby.

I confess that I am guilty of leading Amazing Grace to the tune of Gilligan’s Island … but never in a worship service. I’d like to suggest that it would be wise for worship leaders who are leading intergenerational worship to refrain from getting too creative with those old hymns. A hymn should be sung in a version that is as close to the original as possible, the way older members of the congregation remember it. In my way of thinking, this shows respect not only for the hymn but also for the congregation.

There are exceptions of course. Some old hymns have been renovated with good (or at least acceptable) results. Chris Tomlin’s “My Chains Are Gone” version of Amazing Grace is a good example of this although I remember it took a while for some people to wrap their brains around the idea that Amazing Grace needed any improvement at all.

And while “When I Survey” doesn’t need movie theme music to make it relevant, Tomlin added his “Oh the Wonderful Cross” as a bonus chorus and it works very well. Maybe all future renovations of hymns should be put in the hands of Chris Tomlin.

We still have pews at our church with seldom-opened hymnbooks in the pew racks. Occasionally I pull one out and browse through it. There are some treasures of the church in there. There are some real stinkers in there, too, but that’s for another article. Truth is, there is a lot of great music from the past that younger Christians should hear (and learn to sing). And there are a lot of great songs for worship being written today that certainly deserve to be heard by generations of worshippers yet to come.

What do you think?