Daddy Was a Preacher 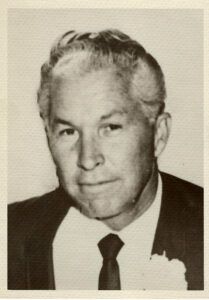 When I was in the band Brush Arbor, our lead singer at the time was Kenny Munds, a great songwriter with powerful vocal chops. After joining my brothers and I, he heard enough stories about our father to write a song called “Daddy Was a Preacher” which we recorded as the B side of a single released for Capitol Records. Kenny told us that he wrote the song about our dad because his own father did not set a very good example, which was the theme of the song.

Our daddy was not a preacher in the literal sense. I never heard a sermon from him. But he pointed us kids in the right direction and let his life do the talking. I wrote a short article about this on Fathers Day for the Legacy Coalition blog:

My father taught me a lot of things, but he didn’t have to say much. The old adage “more is caught than taught” was certainly true of my dad. He rarely, if ever, sat me down and told me what he believed or what he thought about things. But I had my eyes on him. I watched how he treated my mother every day and in the process learned that good husbands love their wives more than their jobs, their recreation, or even their children. I watched how my dad never missed a church service and learned that real men worship and serve God whenever they have the opportunity. I watched my building-contractor father drop significant sums into the offering plate, give jobs to people who were unemployed, donate a new office building to Youth for Christ, and I learned the surprising joy of generosity. All these things and more my father taught me and he didn’t have to say a word.

The song “Daddy Was a Preacher” is a song that I still sing when I get the opportunity. The original Brush Arbor recording of it featuring Ken Munds is no longer available but I still play it on my radio show (usually on Fathers Day). I did the lead singing on a version of it recorded by my old band Pacific-ly Bluegrass. Since you probably won’t be able to find it anywhere else, you can give it a listen here:

This entry was posted in Family, Personal. Bookmark the permalink.