Cruising on the Baltic! 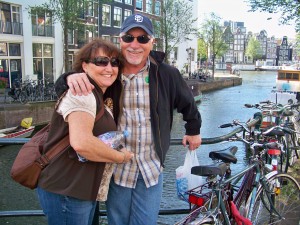 My sis Mary and me in Amsterdam

Marci and I left Harwich, England on Saturday on the cruise ship Constellation and woke up Sunday in Amsterdam, Holland. We did a walking tour of the city under clear blue skies and also a boat right through the many canals which run throughout the city (much like Venice in Italy). City highlights included the Anne Frank house, Rembrandt’s home, the Heineken brewery and the famous red light district. The “coffee shops” in Amsterdam are actually marijuana dealers (legal here).

Yesterday was a day at sea (very relaxing) and this morning we arrived in Warnemunde, Germany, a popular resort town in the north of Germany on the Baltic Sea. We did a some sightseeing and learned a lot about this part of the world which was once part of the old East Germany (GDR) before the Berlin Wall came down. Warnemunde has a nice beach and the weather was warm so there were a lot of people sunbathing-in the nude. They let it all hang out here (literally.). 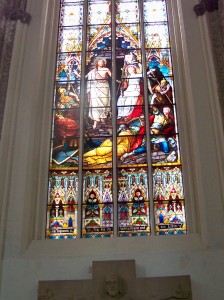 We also visited Rostock, a historic German village on the Warnow River. The beautiful cathedral in the center of town is-like many in Europe-nothing more than a tourist attraction now. It seems sad to me that the churches who once occupied these buildings somehow lost their vitality and failed to pass their faith on to future generations. Churches in the U.S. are not immune to this.

We’re been having a lot of laughs with Gary and Mary and their friends who also came on this trip. We are relaxing, eating too much and generally being overindulged. Next stop, Stockholm, Sweden.